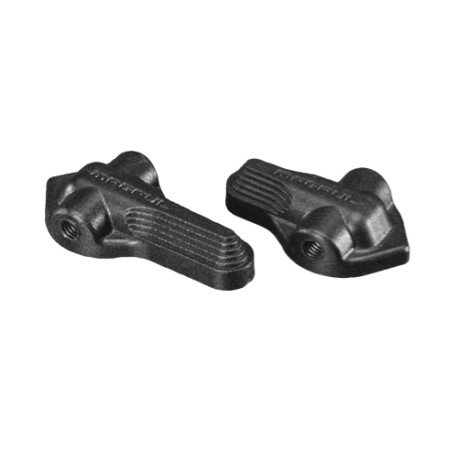 The Magpul SSG Selector Set are drop-in, dual sided selectors for the FN SCAR family of weapons. Designed at the request of a deploying military unit who wanted more positive control of the selector, the SSG are compatible with military-issue select fire MK16 & MK17 weapons, as well as the civilian semi-automatic SCAR 16S & 17S rifles. The SSG are direct replacements for the OEM selectors, and require no permanent modification to the weapon system. Simple install utilizing existing set screw (not supplied).