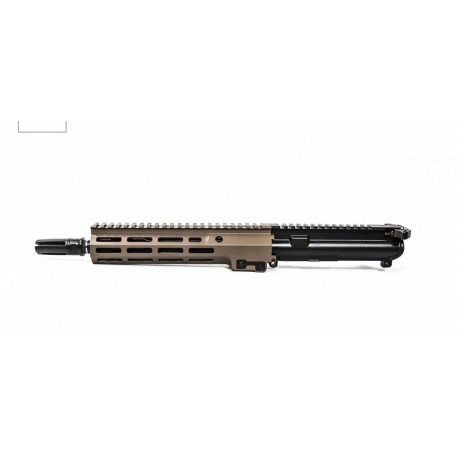 For more than 50 years the famed silhouette of the M16/M4 has only had one major and several minor changes. Barrel lengths and buttstocks have changed, but more or less the evolution of America’s right arm has proceeded apace with each generation of warrior making her their own. In that time, the sight of the M16/M4 in the competent grasp of young Americans has meant hope to countless millions of people around the globe.

With the advent of the USASOC URGI, that quintessentially American silhouette has changed forever. The Geissele Super Modular Rail MK 16 handguard, hammer forged barrel, and carbine gas system work in concert for a package that delivers measurable increases in hit probability. Designed to take the full rigors of the new M855A1 (AB57) ammunition, the USASOC URGI also takes full advantage of its capabilities. Once the USASOC URGI is installed on an existing system, it essentially makes for a brand new weapon. The USASOC URGI is a near-clone upper receiver group currently going into service with USASOC.